Cancer immunotherapy has been hailed as the most promising treatment against cancer in recent decades, but what exactly is immunotherapy? Would immunotherapy be suitable for me?
Immunotherapy is a type of cancer treatment that provokes the patient’s own immune system to fight the cancer. Currently, two categories of immunotherapy have been approved by the USFDA:

Many other types of cancer immunotherapy are being researched and developed such as cytokine therapy, oncolytic virus therapy and cancer vaccine, but they are still to be approved by the USFDA.

How Does Immunotherapy Work? 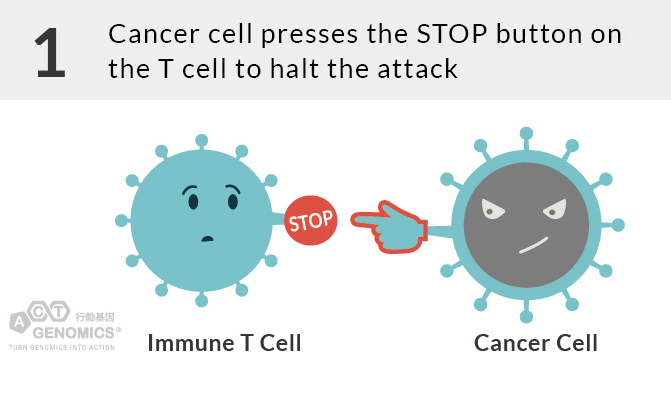 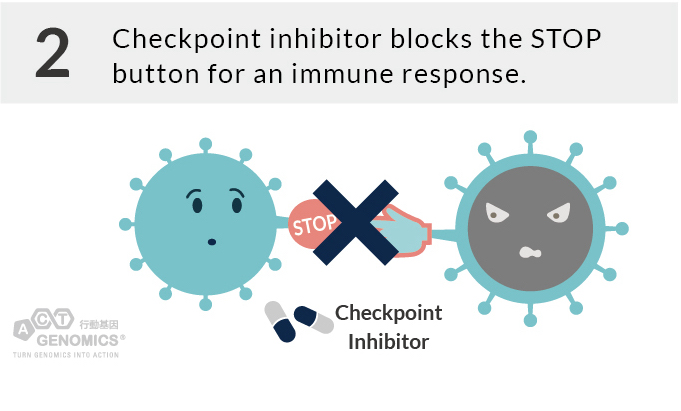 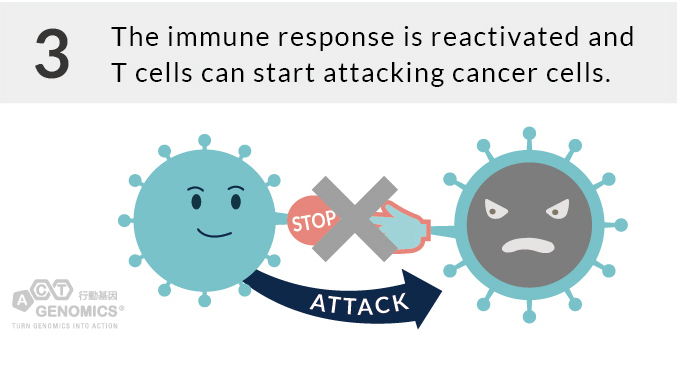 Side Effects
Checkpoint inhibitors may cause T cells to become overactive. Some common side-effects include skin rash and flu-like symptoms. Serious side-effects can occur but only in a very small percentage of patients.

Checkpoint Inhibitors currently approved by the USFDA (as of 2020/02):

In CAR T-Cell therapy, a patient's own T cells are first extracted from blood, and then genetically modified to add special receptors to their surface. The added receptors are called Chimeric Antigen Receptors (CARs) and they help the T cells recognize and attack cancer cells. Next, the modified T cells are multiplied and returned into the patient’s body. CAR T-cell therapy is a one-time treatment. The main side effects of CAR T-cell therapy include high fevers, body aches, fatigue, and nausea. A small number of patients have developed more serious side-effects such as low blood pressure and swelling in the brain that can potentially be fatal. CAR T-cell therapy has shown remarkable responses in several kinds of blood cancers, but the clinical results in solid tumor have been much less encouraging. CA T-cell therapy is still a very new form of cancer treatment, and researchers are working hard to make it safer and effective for more types of cancers.

Would Immunotherapy Be Right for Me?

Immunotherapy has shown impressive and durable outcomes for some patients who have failed with multiple other lines of treatment. Immunotherapy, however, is certainly no miracle cure just yet. In addition to the astronomical price and the risk of side effects, the biggest problem faced with immunotherapy is its low response rate, with only approximately 20% of patients responding to treatment on average.

So are there ways to tell if a patient might benefit from immunotherapy? Physicians can now predict whether checkpoint inhibitors will work on someone by using "biomarkers." Biomarkers are biological characteristics at the DNA or protein level that can help doctors detect the presence of a disease or predict a response to treatments.

For immune checkpoint inhibitors, the main predictive biomarkers are as below. 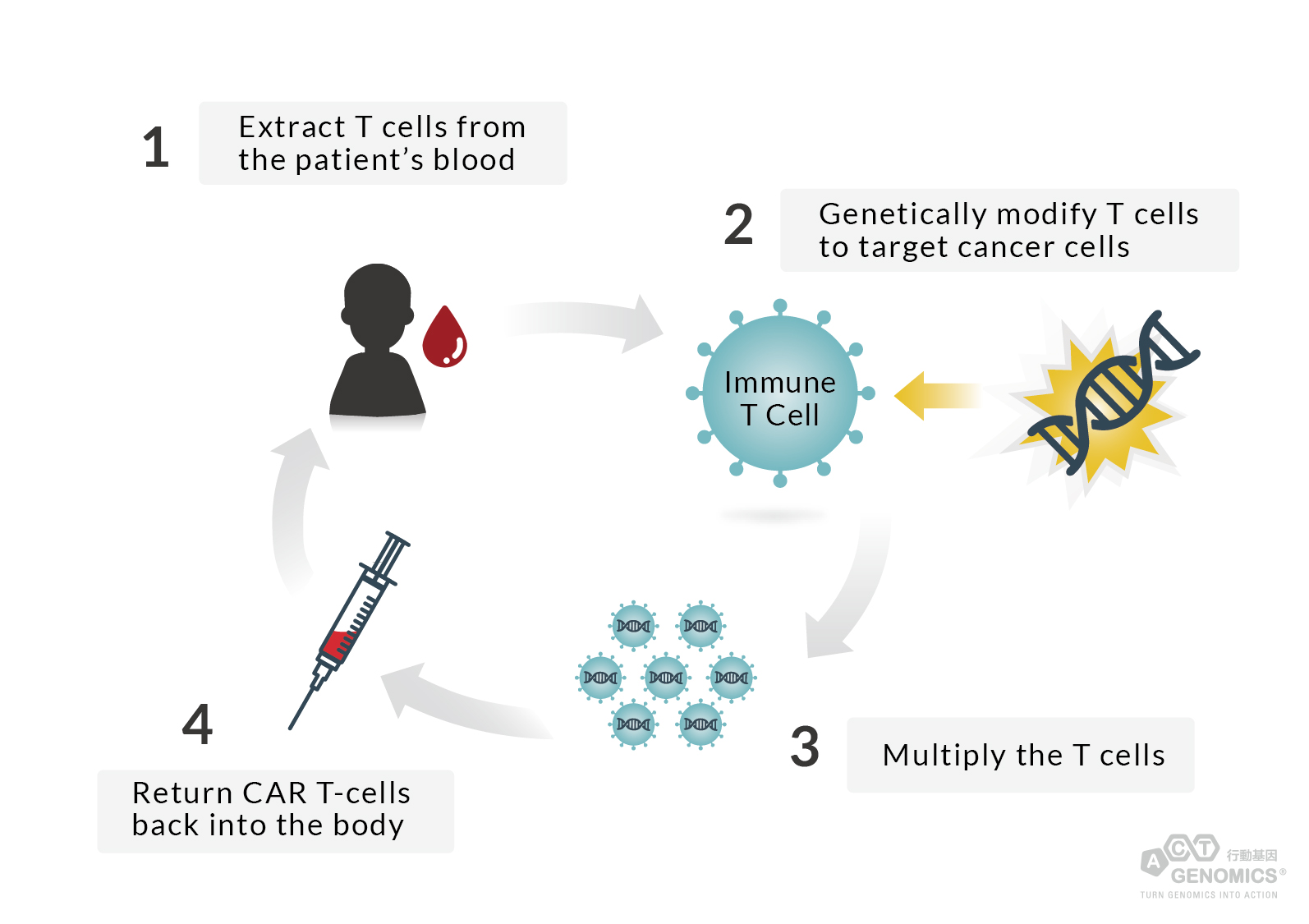 Using biomarkers to identify suitable patients is becoming a standard for immunotherapy
In May 2017, checkpoint inhibitor Pembrolizumab (Keytruda) was approved by the USFDA for all solid tumors with high microsatellite instability (MSI-high). Previously, the USFDA was approving cancer drugs based on the original location of the tumor (for example, approving a drug for lung cancer). Pembrolizumab is the first cancer drug that was approved based on the presence of a tumor biomarker or a specific genetic feature, rather than the type of cancer.

Using multiple biomarkers can increase the prediction accuracy
Currently, PD-L1 is the biomarker most commonly used by doctors to predict the immunotherapy response, but selecting patients solely based on the PD-L1 test results may be insufficient. A 2017 study showed that the response rate of patients who were both TMB-high and PD-L1-high was approximately twice as high as patients who were only TMB-high or only PD-L1-high (David P. Carbone et al.N Engl J Med. 2017;376:2415-26).

PD-L1 testing can usually be ordered from your hospital or facility. The three main genomic biomarkers for checkpoint inhibitors – MSI, TMB, and immune-related genes – can be evaluated using ACTOnco®+ comprehensive genomic profiling. With the high price tag and the risk of side effects associated with immunotherapy, it is essential to identify only the patients who are most likely to benefit.

☛ ☛ ☛ ☛ Cancer management is highly complex. In addition to genomic profiles, many factors need to be considered when making treatment decisions, such as the patient's overall physical and mental condition, treatment history, and other test results. Therefore, it is essential to first consult with your doctor and have them comprehensively evaluate whether immunotherapy is right for you.